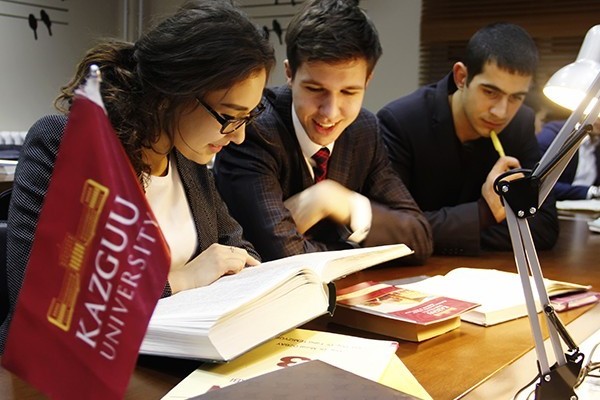 One of the youngest students at KAZGUU University, Abdulaziz Zhangaliev, is a first-year student of the International Law Department.  Despite his young age – the young man is only 15 years old – Abdulaziz is fluent in foreign languages and successful in his studies, manages to find time for sports, and has a black belt in Tae kwon do.

As Abdulaziz pointed out, his choice to study at KAZGUU was greatly influenced by the fact that his father was also a one-time student of the same University, which to this day has preserved an outstanding team of professors and instructors, an undisputed achievement of the University’s heads.

Upon graduating from KAZGUU, Abdulaziz plans to embark on a career in international law, or to devote his life to diplomatic service, representing Kazakhstan in the global space.

Over the past six months, university studies have awakened in Abdulaziz diligence, pursuit of new knowledge, and an increased interest in a number of disciplines, including economics and psychology. All his spare time now he spends in the library, in the company of books and literary works, planning to receive several degrees from the best universities around the world.